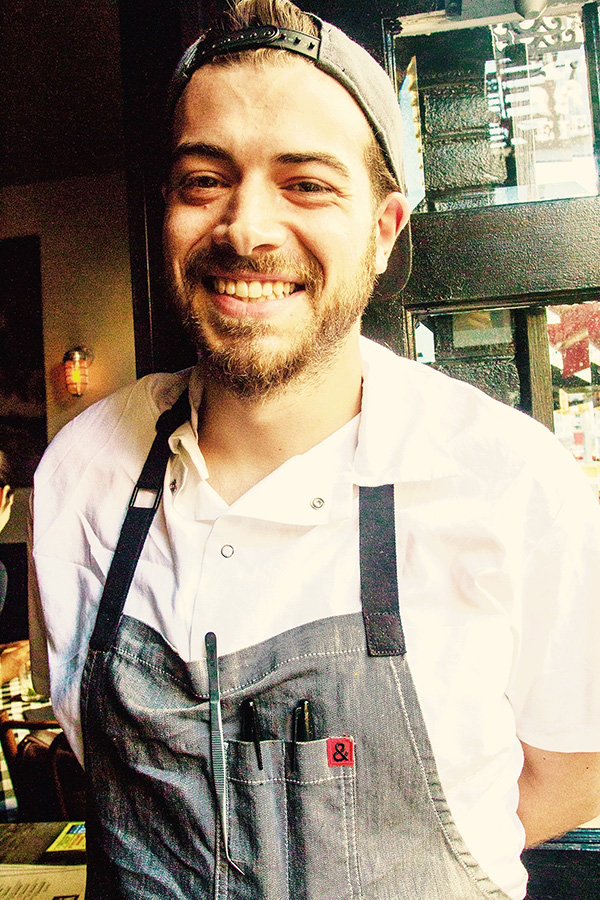 Max Renny, Executive Chef is well-versed on the ins and outs of the New York culinary world. He began his career at New York’s critically acclaimed Greenwich Village Italian favorite, Gonzo in 2003 with Chefs Vincent Scotto and Kevin Garcia. In 2005, he moved onto the NY Times, Two Starred, Sumile Sushi in NYC’s West Village, where he quickly worked his way up to a Sous Chef position under Chef Josh Dechellis, whom he still considers his Mentor to this day.

In 2007, Max went onto help open his family owned restaurants, the Southern Italian inspired and critically acclaimed, Bar Stuzzichini (Flatiron District) and Stuzzicheria (Tribeca) where he worked as both, a Sous Chef and Manager, alongside Chef Paul DiBari.

He then, in 2011, took on the position of Chef de Cuisine at Southeast Asian-inspired Fatty Cue and Fatty Crab, where he designed menu items, maintained a rotating seasonal menu, and butchered all meat and fish for the restaurants. Max then spent two years heading up all kitchen operations for Famed Celebrity Chef Rocco Di Spirito, where he learned to create healthy food alternatives without sacrificing flavor before joining Pacific Street Hospitality in 2015.

Since then, Max has been overseeing projects as Executive Chef / Partner for PSH and recently developed, headed up the food concepts and production for the Wild Horse Tavern on Manhattan’s Upper Eastside, Tribeca’s Church Street Tavern and The Anthony in Greenwich Village. Where he’s created Globally inspired American menus, with stand-out items like, Crispy Duck & Waffles, BBQ Tete de Cochon (a Carolina Style Chopped Pork Sandwich) a French Onion Fondue and the Steakhouse inspired Dry-Aged Tony Prime Burger. Along with Chef Ryan Skeen, Max was instrumental in both the creation and production of Church Street Tavern’s much acclaimed Tavern Burger (New York Magazine’s “50 Most Important Burgers” List). Max also continues to collaborate with PSH Chef Ricky Arias on the creation of the ongoing menus and recipes for Ethyl’s alcohol & food.

“My style tends to have a lot of [Asian] influences: mixing lighter flavors with French techniques, using a lot of fresh herbs, brazes and brines, all those things add a nice depth of flavor to the food I like to do,” he said in a 2015 interview with Metro New York. Chef Max Renny has also been featured in Gothamist, Time Out New York, The Tribeca Citizen and Guest of a Guest among others.

Max currently resides in Newburgh, NY with his wife Sarah and their 3 children. 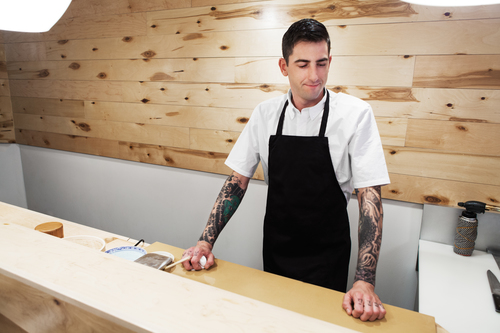 John Daley’s journey into food has led him around the world and back again, through many different cuisines and stations in the industry.
Daley finally discovered his calling under the mentorship of acclaimed sushi chef Masato Shimizu of Michelin-starred 15 East. From there, he went to train in Tokyo under Shimizu’s mentor, Rikio Kugo of the renowned Sukeroku. While studying in Japan, Daley made deep connections with the fishing community, enabling his restaurants to deliver some of the finest, freshest fish in the world. John is a recipient of Star Chefs Rising Star New York award 2015. His output is built on a foundation of serious tradition and a rigorous work ethic gleaned from the mentorship of Star Chef’s 2007 Rising Star – Chef Masato Shimizu at 15 East. Tradition grew even deeper roots when Daley moved to Tokyo, working under Shimizu’s mentor Rikio Kugo at the renowned Sukeroku. And while he probably would have liked to stay in Tokyo longer, Daley brought one important thing back with him: connections with the Japanese fishing community, which serve him well in NYC. Read more about John on Grub Street. 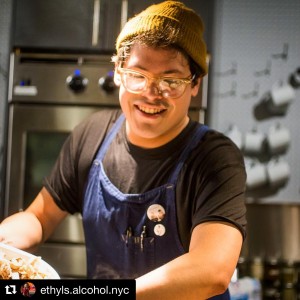 Chef Ricardo “Ricky” Arias, is a native of Puerto Rico who moved to New York City in 2012 specifically to work with Chef Leah Cohen at Pig & Khao, where he was quickly promoted to the position of Sous Chef.

In 2014, Ricky moved on to become part of the opening team at Root & Bone. After striking up a friendship with Sushi Chef John Daley, Ricky couldn’t resist the opportunity to re-explored his passion of Japanese cuisine at John’s omakase jewel on the Lower Eastside, New York Sushi Ko.

Most recently, as executive chef of the critically acclaimed Fine Dining Pop-Up, Dinnertable. Where Ricky payed homage to his roots by incorporating French and Caribbean flavors into modern Japanese cuisine.

Ricky has now joined the Ethyl’s Alcohol & Food, and the team of Pacific Street Hospitality as Executive Chef to oversee their current Upper Eastside location, and to help with the company’s expansion plans and their new Williamsburg location opening this Fall!