Gerard Renny hales from the third generation of an Italian-American New York restaurant and political family. His great-grandparents owned and operated Pep’s Bar and Grill, for 30 plus years, in the Brownsville/Ocean Hill section of Brooklyn. His maternal grandfather owned Ferdinand’s Restaurant and Catering, in Queens. Through his grand-uncle, Meade Esposito, the longtime Chairman of the Brooklyn Democratic Party, Gerard got his start in the hospitality business. And in 1977, with a little help from Uncle Meade, at age 18, he landed a job at Studio 54 during its heyday (1977-1980) and is currntly featured in the “Studio 54, The Documentary” (studio54doc.com) by Altimeter Films (released 2018).

After his Disco days were done and returning to New York from living in Paris for a year, Gerard got his first serious restaurant position as the general manager of the pioneering and now infamous Soho Bar/Restaurant/Gallery, Central Falls. While there, along with owner Bruce Goldstein, Gerard helped launched the Central Falls Roadshow, an on-location film & event catering business, complete with a state of the art catering truck that he helped design. It was during this time, that Gerard built many of the professional and personal relationships that have survived to this day, working on such films as Francis Coppola’s “The Cotton Club” and “Falling in Love” starring Robert De Niro and Meryl Streep, along with catering all the VIP tents, along with the personal trailer for Diana Ross during her well documented concert in Central Park (1983).

With that pioneer spirit he inherited from his days at Central Falls, Gerard put together his first large scale restaurant project, and in 1985 launched the 300-seat Liberty Café, on South Street Seaport’s Pier 17, with Chef Sam Hazen at the helm. From there, in 1993, Gerard, with his business partner from Liberty Cafe, took over the former O’Neal Brothers Restaurant space at the SE corner of 6th Ave and 57th Street and opened Lucky’s Bar & Grill. They soon followed that up with the opening of Brasserie Americaine in 1994 on West 64th Street, across from Lincoln Center, with a nod to his days in Paris. Then in 1997 the 2 partners branched out to Miami’s South Beach “Art Deco” District, where they purchased, restored and relaunched the historic landmark hotel, The Century, which was sold 2001.

On his 38th birthday in 1997, Gerard signed the contract to write his much-acclaimed cookbook, “The Men of the Pacific Street Social Club, Cook Italian” (William Morrow, Hearst Publications) which celebrates his family’s roots, recipes and the infamous Brooklyn neighborhood where he was born and raised (release date 1999).

In 2001, Gerard ventured out on his own, conceptualizing and opening a 1960s – themed sushi bar, Sushi à-Go-Go on Broadway (as Featured in Interior Design Magazine; May 2002). Then in 2004, he became the creative force behind Uncle Bacala’s (unclebacala.com), an Italian-American restaurant in Garden City Park, NY, with a theme based on the stories and recipes of his Men Of The Pacific Street Social Club Cook Book.

Reuniting with his former business partner in 2006, they took over a space in New York’s Flatiron District and launched the restaurant that would redefine his career, the Southern Italian Trattoria, Bar Stuzzichini. Based on his travels throughout Southern Italy, he was the first to introduce “Stuzzichini” (Southern Italian small plates) to the New York City dining scene, helping start a local food craze in 2007.

This success prompted Gerard to open a spinoff of Bar Stuzzichini, the Michelin-rated Stuzzicheria and Pane Panelle take-out sandwich shop, at the corner of Church and Walker Streets in Tribeca (2010). Eater NY selected it as one of the “Top Ten Sandwich Shops” of 2011, and it also had the winning recipe in the Brooklyn Meatball Slapdown (February 2011).

Since 2012, Gerard has been consulting and project-managing throughout the New York metro area, most notably Morimoto’s Bisutoro; The Savoy Tavern, Merrick, Long Island; Los Americanos Latin Restaurant/Bar in Tribeca; Church Street Tavern and the Bandit’s Roost Lounge, where with Chef Ryan Skeen, the team created the critiquely acclaimed “Tavern Burger” (New York Magazine “Most Important Burger” list & Bloomberg News “Top 5 Burgers” in New York of 2015); and in 2017, The Anthony, a nightlife venue in Greenwich Village and the Antique Bar and Bakery in Hoboken, New Jersey.

In May 2016, Pacific St Hospitality launched their 1970′s inspired bar, Ethyl’s Alcohol & Food (ethylsalcohol.com) on Manhattan’s Upper Eastside and the “Home of The Fi’Dolla’ Burger” (Voted Best Neighborhood Burger by Thrillist, 2017). The Ethyl’s team is currently working on expanding their brand, with plans to open their 2nd Ethyl’s location in Williamsburg, Brooklyn (expected Summer / Fall 2019).

Gerard has three sons, who are all currently working in the Hospitality Industry and his wife Carolyn, is lead food stylist for the Food Network’s award-winning show Chopped. He currently resides in New York City. 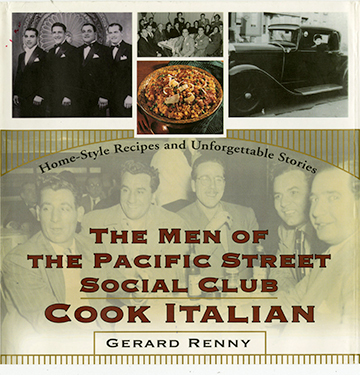